Grime MC AJ Tracey was unveiled as the winner of this year’s MTV Brand New at a performer showcase at Camden’s Electric Ballroom last night (February 2).

The event, which airs on MTV Music on March 3 at 9pm, featured performances from fellow nominees, including Stefflon Don, Tom Grennan and The Amazons, as well as previous MTV Brand New artist Sigala.

The shortlisted acts competed for Instagram ‘likes’ to determine who would emerge victorious on the night, with Tracey coming out on top with over 7,000 votes.

Tracey, who was recently the subject of Music Week’s On The Radar, said: “Yo I’m stoked. Thank you MTV Brand New, and more than anything, thank you to all of my fans – you lot always ride for me and you really are the best.”

Anna Karatziva, head of talent and music, MTV UK, commented: “MTV Brand New is one of our most exciting and rewarding campaigns of the year. It’s been incredibly tough whittling down the list, but we can’t wait to support and work alongside our finalists over the coming year.” 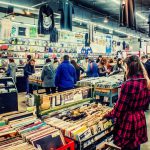 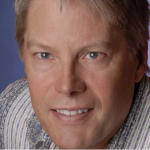