Wiley welcomed the new year by being awarded an MBE and although it has been of popular discussion, one article in particular by the Daily Mail has created a lot of controversy. The article titled “Grime does pay! MBE for drug dealer turned rapper” published on March the 3rd 2018 by Daily Mail’s Faye White details Wiley’s ‘dark history’ and therefore questions his eligibility for an MBE. The article heavily weighs in on Wiley’s past, highlighting his involvements with stabbings and drug-dealings, “The rapper who has admitted knife attacks and selling class A-drugs including crack cocaine and heroin, grinned outside the palace after receiving the honour from the Duke of Cambridge for services to music” (White, 2018).
Before the early 2000s, ‘Grime’ would have meant; dirt, smut, soot, dust or filth, now grime is defined by the music it creates as a genre. It started in the UK in the early 2000s in the East of London, it consists of dance music, house, jungle and two step garage, but on top of this it has created its own culture surrounding the music. Wiley has been named the ‘Godfather of Grime,’ he made Grime music into a recognised genre and noticed by the general public. A genre that once consisted of young men from East London creating music with their friends as a way to express themselves and their surroundings, is now in the UK Top 40 and played throughout the UK. Wiley, like many other Grime artists, grew up in Bow (East London) and this is normally what Grime songs are focused on, their past and current environments and their day to day lives. He admits that he didn’t do well in school and that music is the only thing he feels he has succeeded in; “I’m honoured to be receiving an MBE. It feels like the school grade I wanted and didn’t get but now I’m finally there” (White, 2018). So, despite the fact that he may have a ‘dark history’ and although he may not be considered conventionally smart by some, his talent has been recognised.
Faye White has pointed out facts about his history, that he has been involved in drug dealings, stabbings and struggles, but his career has shown that people can succeed no matter their background and wants to inspire these people to do better with their lives. ‘I’m glad I could’ve been an inspiration to those who felt like giving up’ (White, 2018). So, is it true that “Grime does pay!” or does inspiration and hard work pay? “MBE for drug dealer turned rapper” or someone who was lost in violence and drugs and has now been found in music? 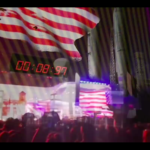 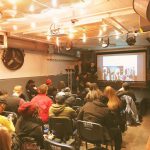 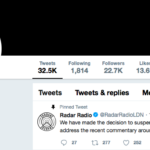 Radar Radio Pulls Its Own Plug 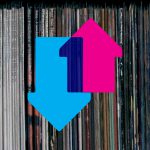 OPINION: The Charts are dead. Long live the Charts? 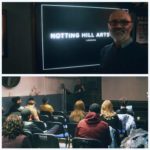