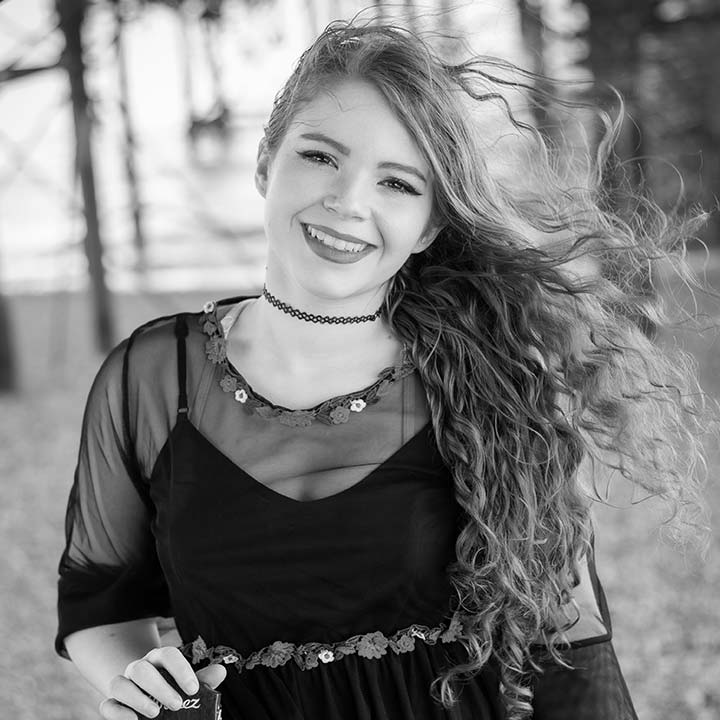 Chloe is a singer-songwriter based in Brighton, and has been performing under the name Chloe Leigh for the past eight years. Initially thinking of pursuing a career backstage, Chloe studied the Technical Theatre Arts course (now called Production Arts) at The BRIT School. But whilst studying there, she met a singing teacher who pushed her to begin writing songs, and instantly fell in love with songwriting and along with that a passion for live performance. With this new found love for writing, Chloe went on to study the Songwriting BA, and began to expand her career as a singer-songwriter whilst fine tuning her signature writing style of folky tunes with a Spanish twist. Career highlights include playing major festivals such as Glastonbury, Isle of Wight Festival and 2000 Trees, as well as supporting artists such as Beans on Toast, Mad Dog Mcrea, Ferris & Sylvester and Germein. Chloe has also just completed an MA, with a focus on career musicianship and online marketing.

Aside from her music career, Chloe has also continued to use her skills learnt at college to organise music-focused events across Brighton. And has also been working at the prestigious venue, Brighton Dome in various roles across the past 6 years.