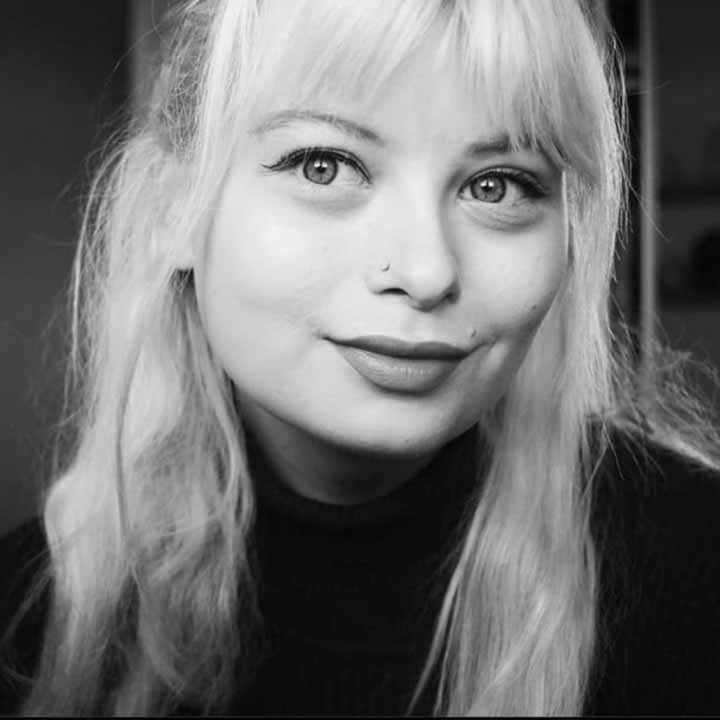 Growing up with a passion for music, Louise started up her own Youtube Channel (Louise Schofield TV) and Music Blog (Unique Lullaby), when she was 18, where she has hosted over 400 artist interviews at various gigs and festivals across the UK and continues to do so. Including the likes of Fontaines D.C, Shame, Gaz Coombes, Idris Elba & many more. She also dedicates her time to interview and explore the exciting scene of up and coming music and continues to support them in their journeys.
Louise has presented for a variety of industry names including the BBC, The National Film Awards, Green Man Festival, O2 Academy TV and has independently reported at Festival No.6 (for BBC Radio Wales), Liverpool Sound City, The Great Escape, Swn Festival and more.

Louise also turns her hand to writing and acting and regularly creates content for a new BBC online channel – BBC SESH, which launched in April 2018. Since then Louise had shares from BBC Comedy and BBC ONE Facebook pages and has racked up over 6million views on her videos. She has created and performed in many sketches since the channel launched and continues to do so.

Louise continues to diversify her presenting and has reported for The National Film Awards interviewing the winners backstage including Idris Elba, Jo Brand, Ghetts & more, hosted various gaming events for gaming site – HYPD, including one at Thorpe Park for GAME FX and the launch of Fifa 19 at Stratford Westfield. She has presented an occasional music segment on her hometown station BBC Radio Nottingham where she delves into her new music picks from across the UK and was a roving reporter for BBC Radio Wales’ Horizons Project whilst she studied at University in Cardiff interviewing bands for Bethan Elfyn’s BBC Radio Wales show at various festivals and gigs including Swn Festival & Festival No.6 chatting with the likes of Gaz Coombes, Friendly Fires & Edith Bowman. Louise also presents a bi-weekly two hour radio show on Islington Radio spinning the best in new music across the UK and Ireland.