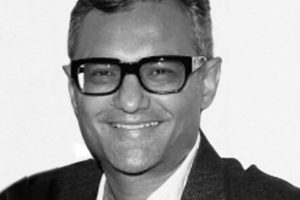 Shabs Jobanputra is a UK music business figure, whose Outcaste and Relentless labels have had a major impact on the British popular culture to place him in the top 20 of The Guardian’s list of the most influential ethnic minority figures in the media. He is currently MD of Relentless Records, which is a stand-alone division of Sony Music since 2012.

Shabs started his own PR company Media Village, which helped Sony records launch the UK careers of The Fugees and Jamiroquai. Furthermore he co-founded the Outcaste label in 1995. The label’s first signing Nitin Sawhney went on to be nominated for the Mercury Prize and win a South Bank Show Award for his 1999 album Beyond Skin. In 1999 Relentless Records was set up as a joint venture with Ministry of Sound, and was at first conceived as a vehicle for one-off dance singles. (Releases include “Artful Dodger featuring Craig David’s Re-Rewind”, “Daniel Bedingfield’s Gotta Get Thru This” and “So Solid Crew’s 21 Seconds”.)

In the course of its subsequent evolution Relentless broadened its musical base to launch the careers of Joss Stone and KT Tunstall among many others. When the label was sold to Virgin in 2009, Shabs Jobanputra became president of Virgin UK. Artists he signed to the label included Emeli Sande, Professor Green, Swedish House Mafia NOT3S, Tom Walker and Deadmau5. In 2012 Relentless Records became part of Sony Music UK.